How Organic Farming Is Sustainable

How Purely Organic Farming Is Sustainable

Organic farming means farming as nature intended - the way things were done before intensive farming was invented. Eggs produced on organic farms are produced naturally, with no man-made intervention. The hens are left to do what they do best - grow and lay eggs without pressure or interference from farmers.

Organic farmland is clean. To earn certification, a farm has to have used no nasties on its land for at least five years. That means no insecticides are used and there’s no residue from the previous use of them. Organic farmers do not even put down salt to discourage creepy crawlies - instead, they make them welcome and leave the biodiversity mix to nature. When weeds do grow, they’re pulled out by hand, the old fashioned way. All activity on organic land is diligently documented, so that certifying bodies can be sure what has and hasn’t affected its purity.

When farmland is sprayed with insecticide, natural hedgerows and all their insect inhabitants - known in the trade as pollinators - become unintended victims. This problem is avoided by using organic methods. This natural way of farming also vastly reduces soil erosion and pollution. By not using fertilisers and pesticides, these farmers avoid creating run-off into the surrounding rivers.

Hens raised on organic farms are never fed a genetically modified diet. Any soy used in their feed is mapped - using those producers who cause minimal deforestation. Purely Organic farms are all in the UK, reducing the environmental impact of transporting them great distances, as well as uncertainty surrounding future trade deals with other countries.

Not using pesticides is not only for the hens’ benefit, it’s a boon for bugs too! By not using chemicals to kill the bad bugs, organic farmers save the good ones too. Little winged and crawling creatures of all kinds are given the freedom to flourish in their natural habitat. This makes organic farms thriving environments - creating a further benefit, over and above allowing healthy hens to produce delicious eggs. Pure, natural farming promotes natural predators in the insect food chain, increasing biodiversity and reducing the need for artificial intervention. It also gives bees a chance to flourish.

Hens on organic farms are not routinely given antibiotics. Farmers will explore other avenues first to treat their feathered friends. If they do need antibiotics, they will be given to them, and their eggs will be reclassified as free range. But they’re far less likely than intensively farmed birds to need them, because of their wonderful environment. They live in smaller flocks and are not driven by their surroundings and farming methods, so they’re less stressed and less likely to become poorly.

Purely Organic is leading the pack! It’s the only egg producer in the UK to use carbon neutral packaging. This involves monitoring how much carbon is put in the air to produce the boxes they use, then offsetting it by investing in schemes that do good for the environment.

Organic farms have no dirty secrets. Their husbandry of the hens and the land is an open book, because they’re proud of the good they do. Everything Purely Organic farmers use on their land, or in feeding their birds, has to be certified organic, from the grass seed sown on the pecking pasture to the mill which supplies the hens’ food.

Some things are more important than saving money. Organic farming reverses a trend many people have become increasingly uncomfortable with; the drive to produce more food, as cheaply as possible. Intensive farming costs both the animals and the environment dear. Organic methods give both farmers and the egg eaters who buy their precious product the confidence that they’re doing good in the world.

Check out more of our recipes 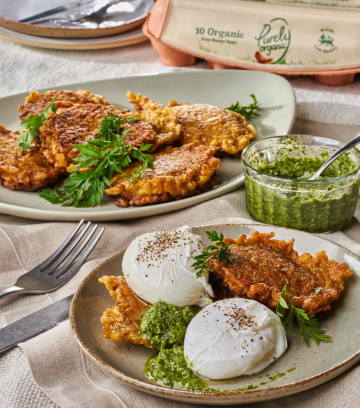 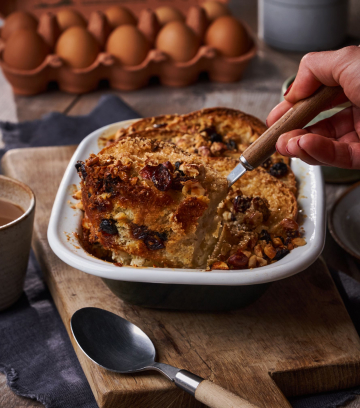 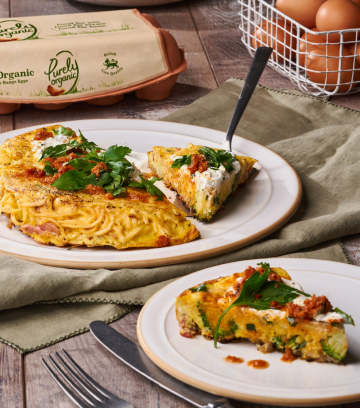 Check out our latest blog posts 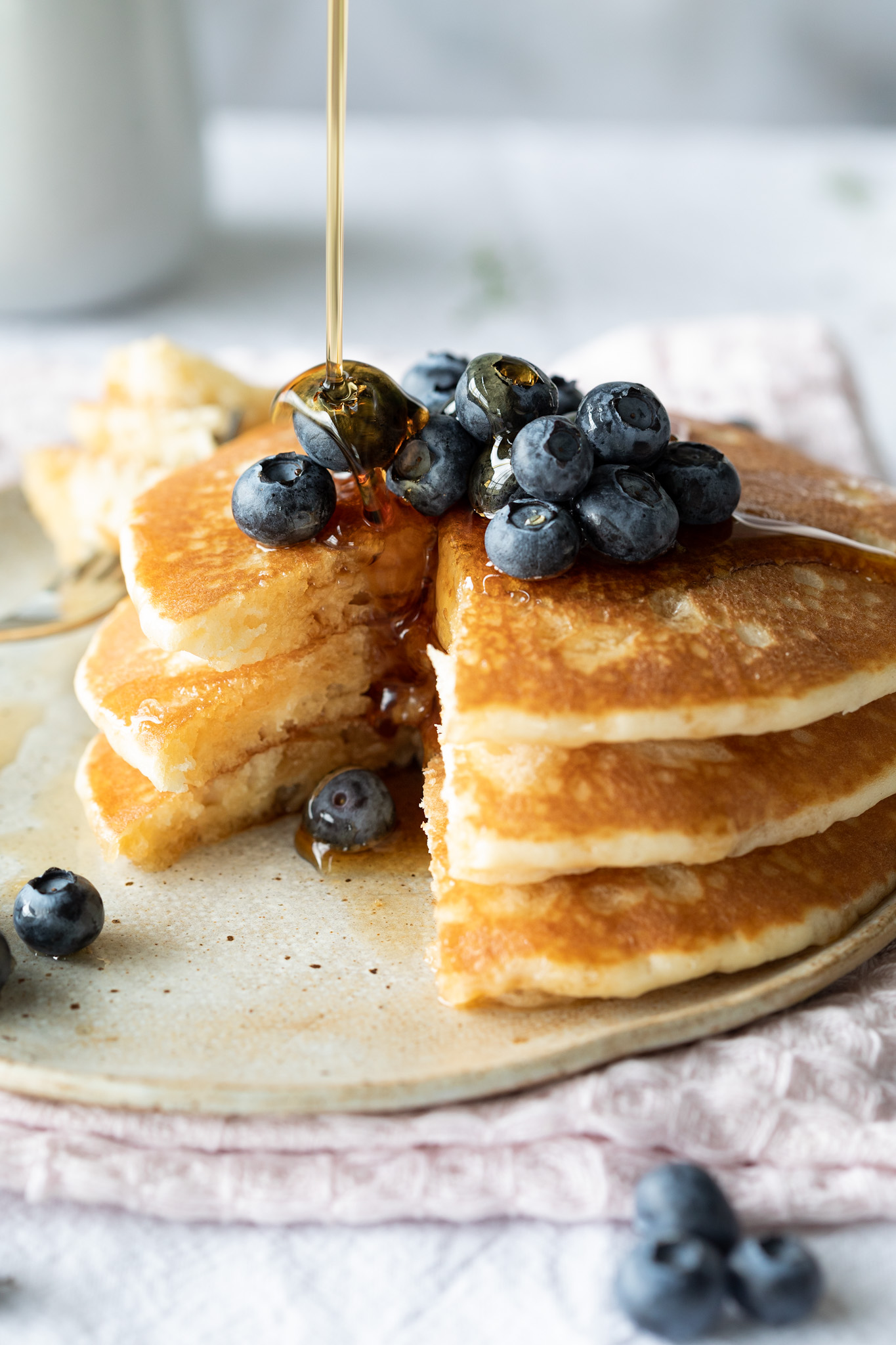 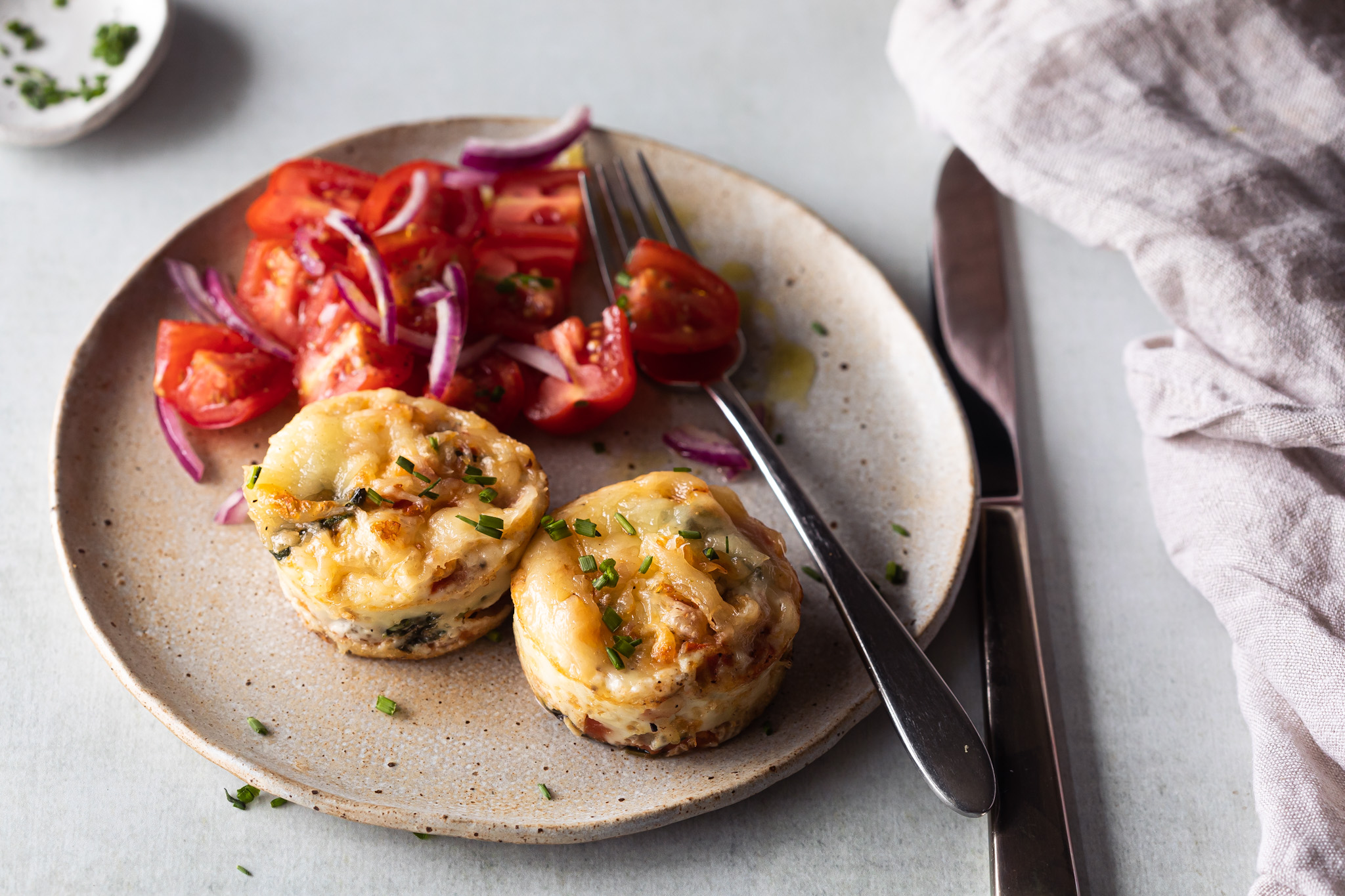 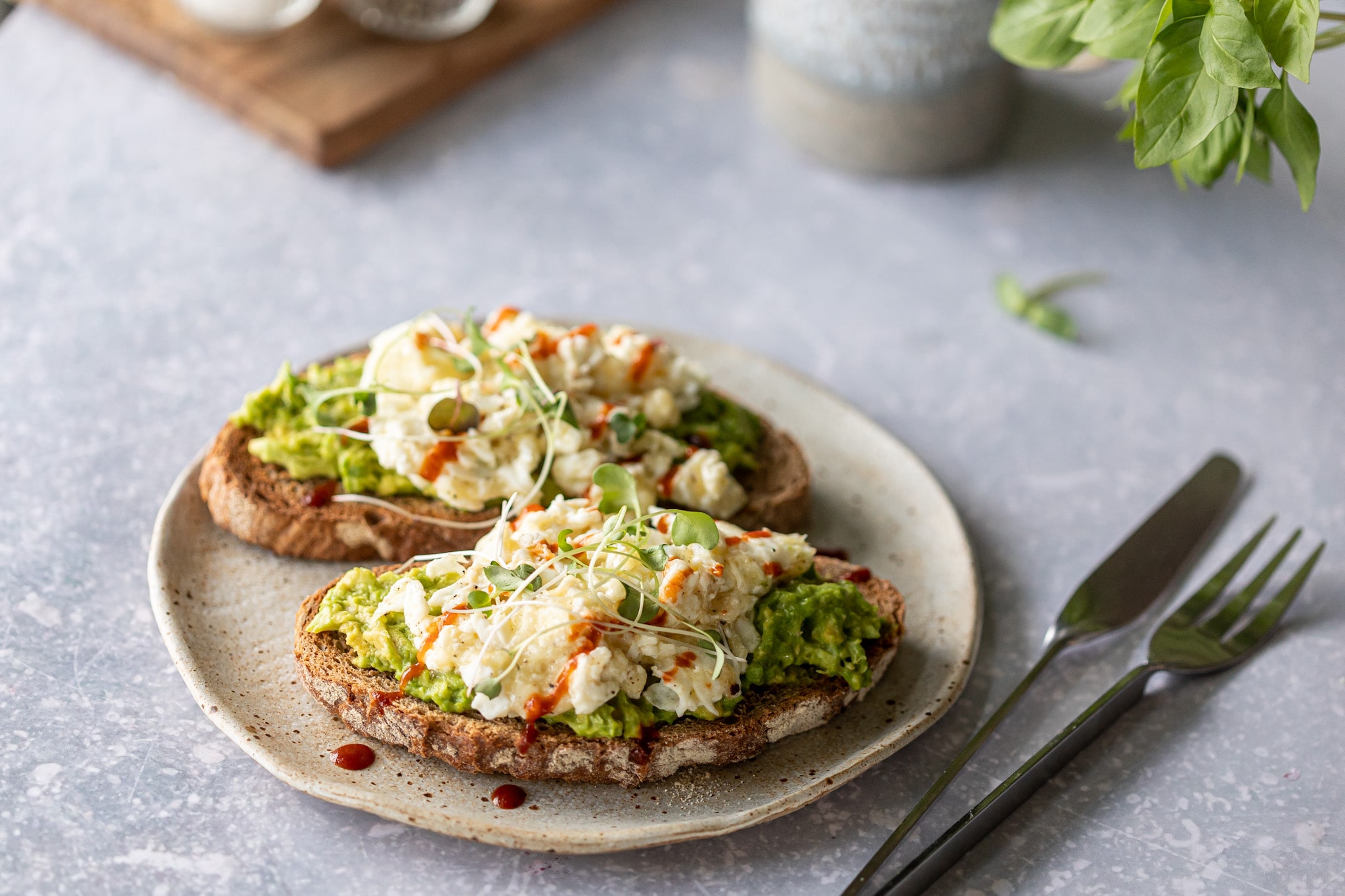 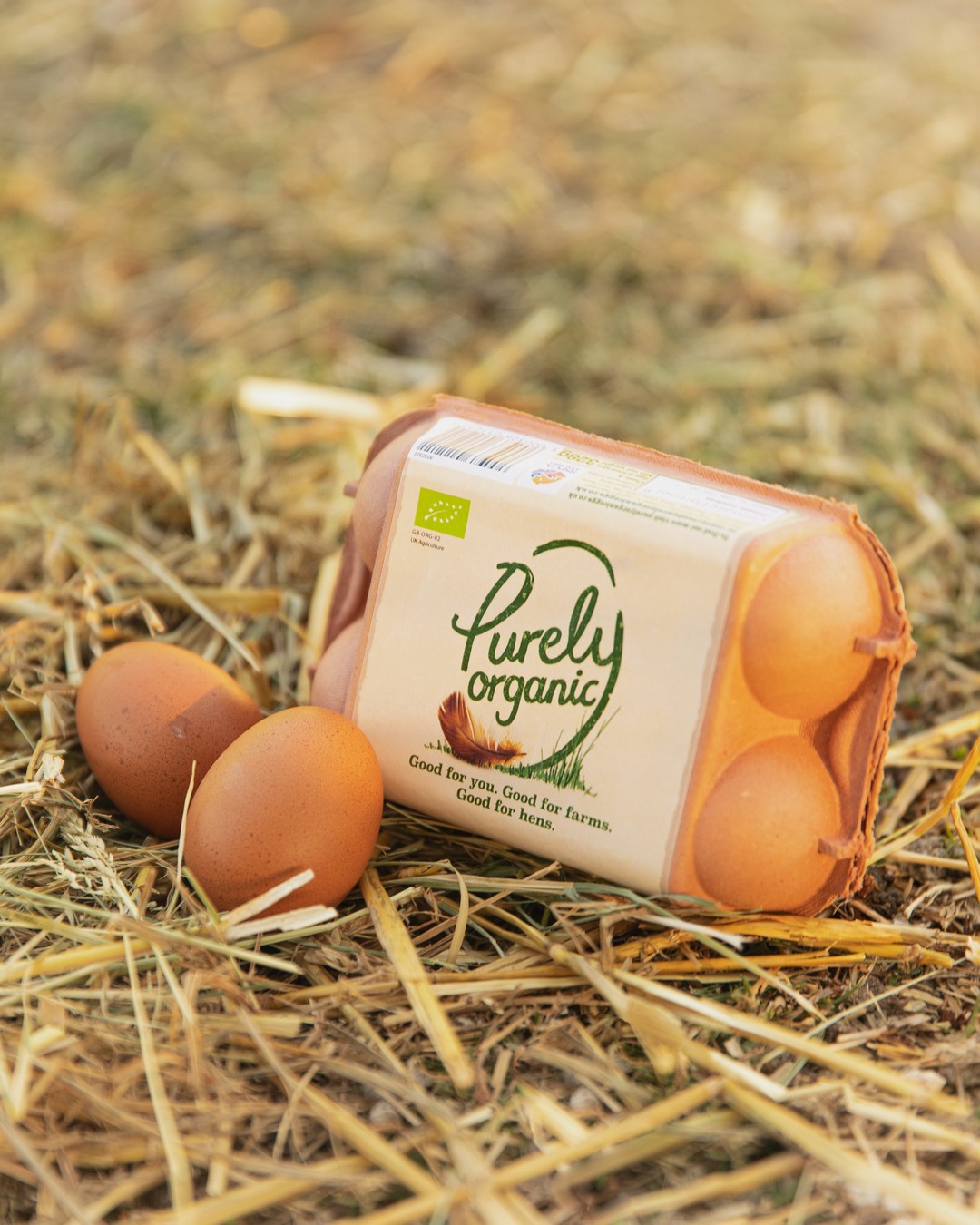 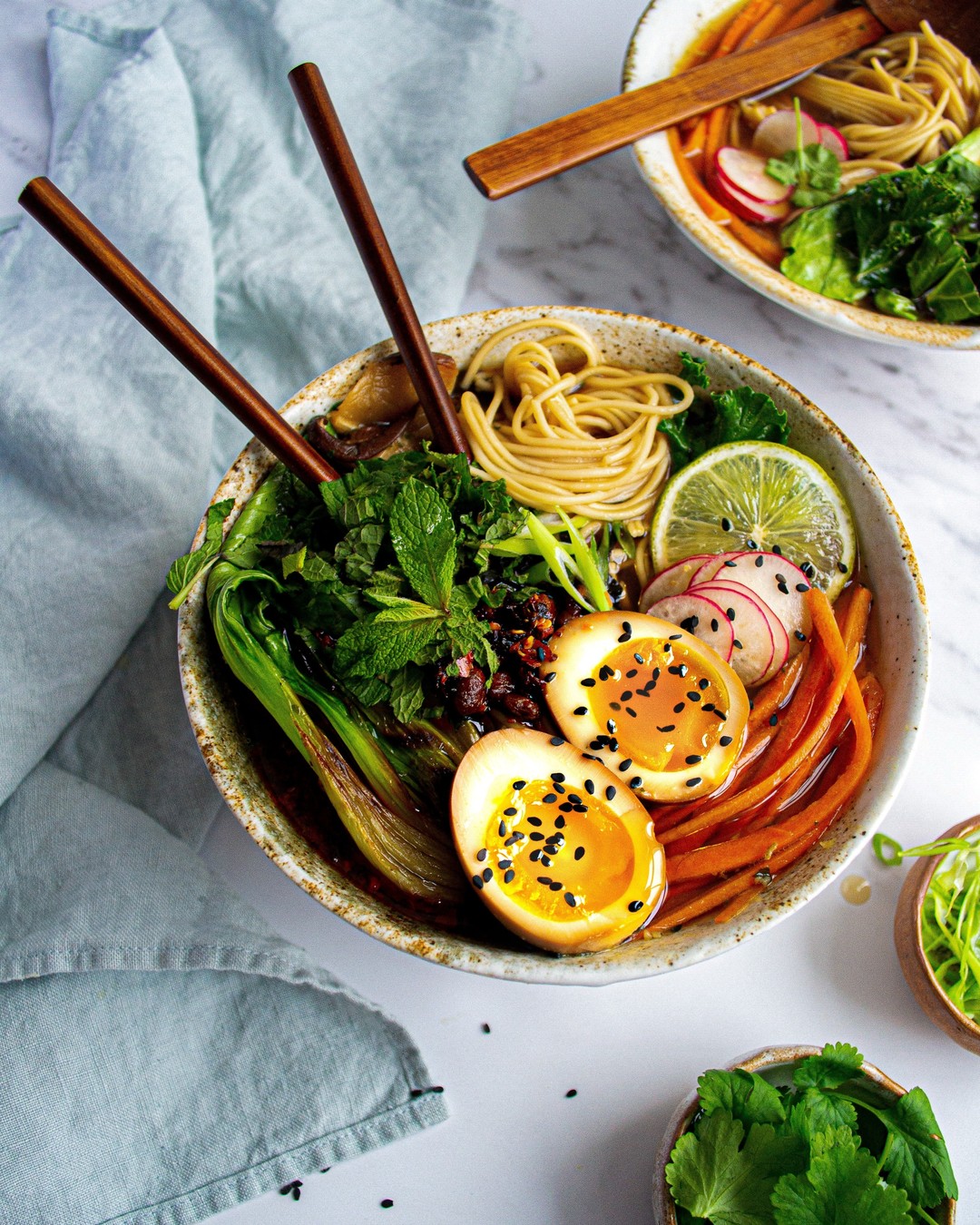 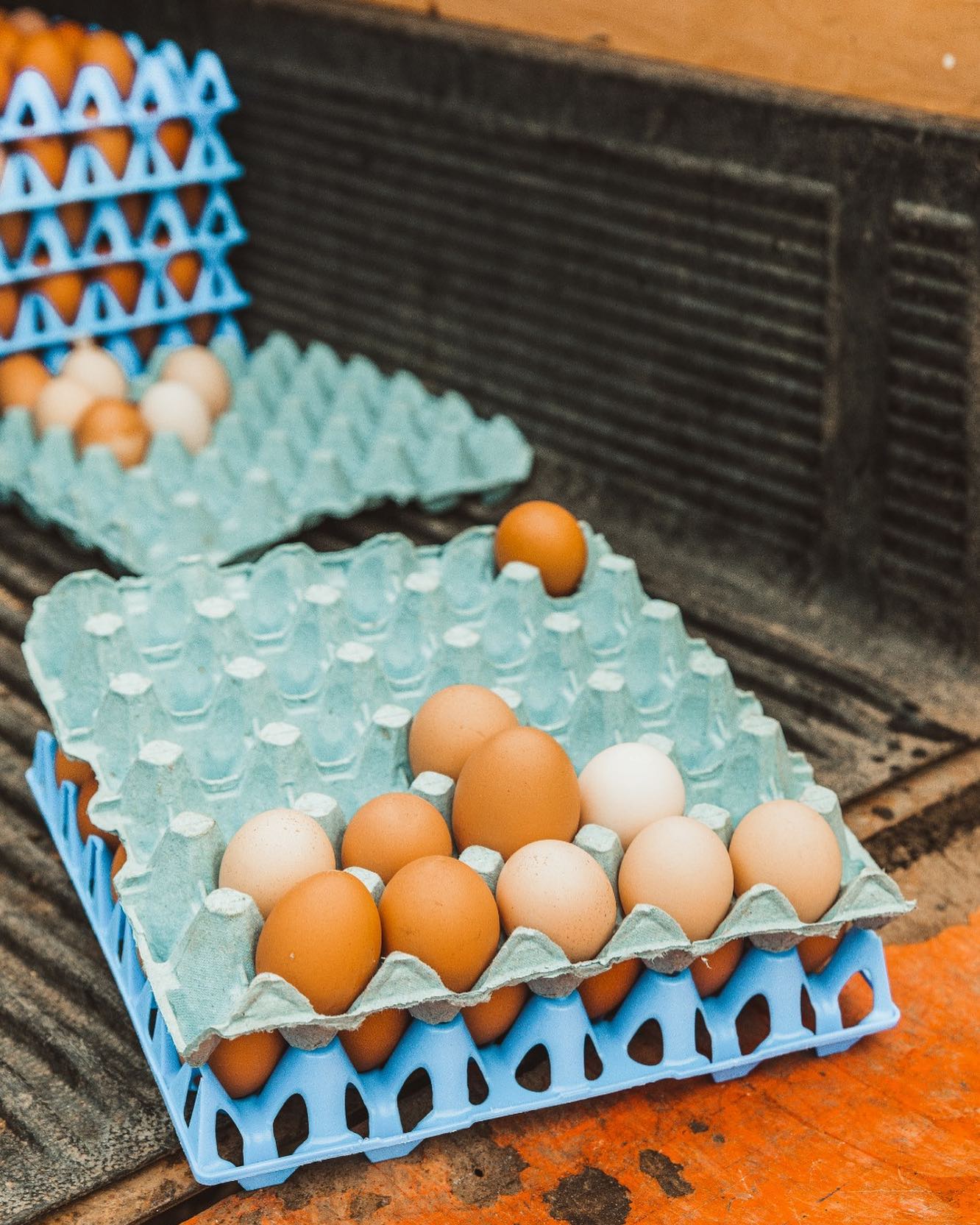 Get in touch with our team

Thank you! Your submission has been received!
Oops! Something went wrong while submitting the form.